Nikola grew up in a small town in Becej, Serbia. In Becej, he started his first steps in classical music. Nikola went to the elementary music school called “Petar Konjovic” which is also the name of a famous Serbian composer. Becej is a small town with a lot of arts and culture.

He finished his undergraduate studies in Belgrade, the capital of Serbia. As a guitarist, Nikola performed in many halls across the country. One of his highest achievements is performing in the finale of a prestigious classical guitar competition called “Jeunesses Musicales” and performed with the top symphony orchestra in Serbia conducted by maestro Bojan Sudjic. To add, Nikola won international competitions in Bulgaria, Bosnia and Herzegovina, and Slovenia.

Nikola finished his Master’s degree in Guitar Performance at the University of Minnesota (UMN). Currently, at the UMN, he is completing his second year in a Doctorate of Music Arts with professor Maja Radovanlija.

As a guitar teacher, his approach is very methodical focusing on the traditional Spanish guitar methods, as well as a modern approach to new techniques and styles. 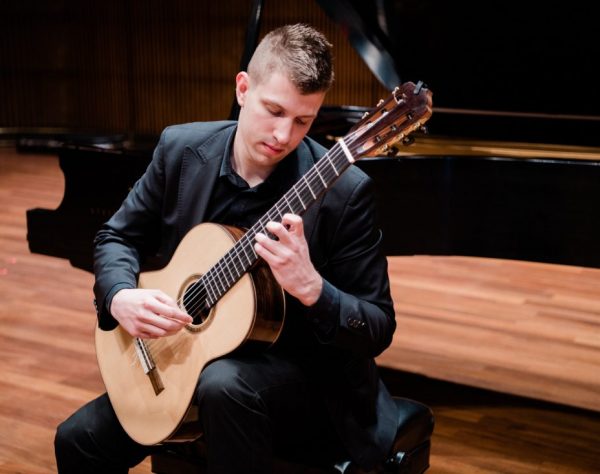