In 1992 Olga entered the College of Music named after A. Schnittke (in Moscow, Russia). Olga studied music for 9 years in colleges and universities. She graduated with a bachelors and master’s degrees in music. During the years of training, she took part with the student choir and orchestra in various competitions, celebrations and concerts. In 2005, she entered graduate school at Moscow State Pedagogical University.

In 2004 – she started to participate in international competitions in condiucting in Germany. In 2005, in Bulgaria, she participated and received a silver medal in the International Conducting Competition.

Olga has 20 years (более 20 лет) of experience in choral activities. In 1992 she became the conductor of the teenage \choir at the Moscow  Baptist Church. Since that time, Olga worked as a conductor of the church choirs.

After arriving in the US in 2010, she transferred her bachelors and masters degrees, and worked in the music schools of Minneapolis as a conductor and teacher of Music theory, piano, conducting and vocal. From 2017 she is the owner and founder of the Minnesota School of Talents. 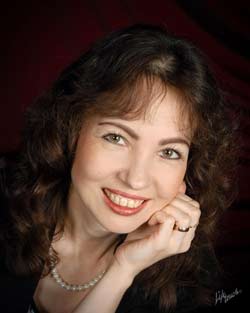